Hey, finally got to get some more games in, my two regular opponents have both been super busy.  Reno just had a new little one and Riha is getting ready to move all the way to the east coast.  This event was a three round Late War event with point totals of 1775, 1525, and 1275.  I brought my FJs and went 1-1-1.

First round was Hasty Attack vs. Niel Pamandanan and 4th Armored Division Shermans.  After about two and a half hours of fighting I was left with only my CiC, a single platoon command stand, and one Marder II, with Niel's 105 Sherman platoon sitting on an undefended objective, but the lone Marder got a lucky shot in on a weakened platoon of M4s without a commander and killed one, causing them to run.  I made my Company Morale check but he couldn't make his.  I somehow pulled out a 4-3 win. 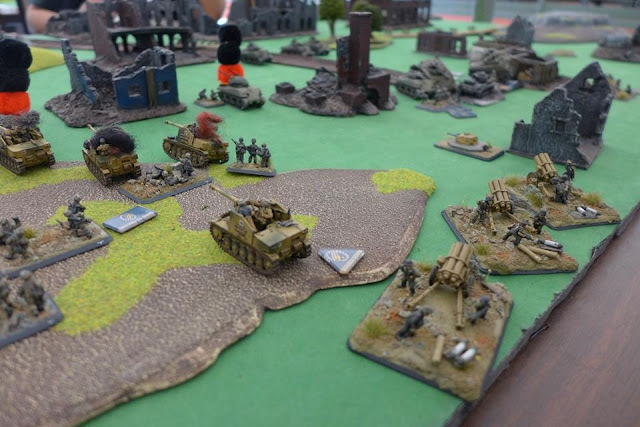 Round Two faced Dustin Harnois with a KG Pieper list of King Tigers, Pz IVs, recon and FJs in Dust Up.  We played to a 3-3 draw, though it took a platoon of his KTs, his Pz IVs and his recon to kill off one of my FJ platoons, while his CiC KT and FJs were able to hold off my reserves.  Great game and a learning experience for both of us. 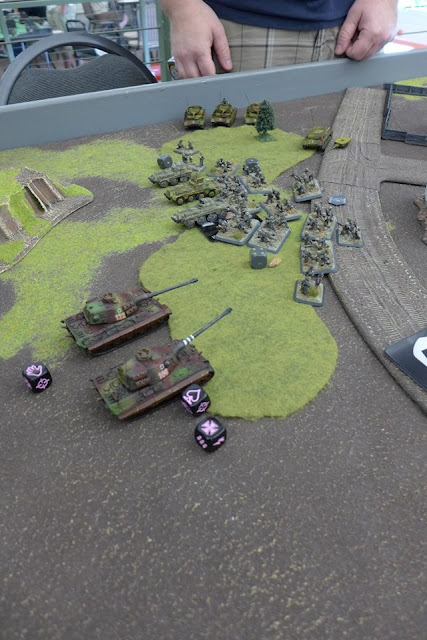 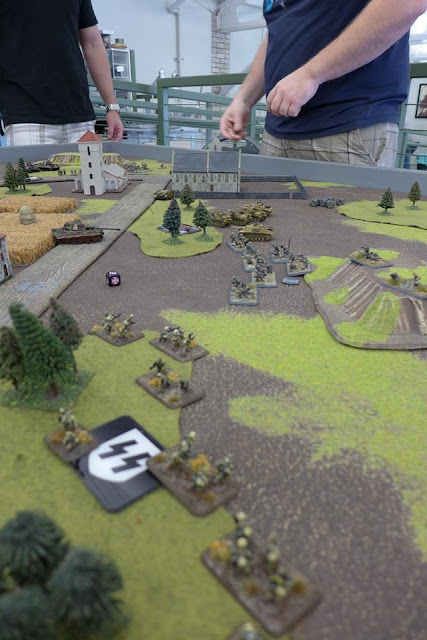 Round Three was vs. Ken Boothby and a Panzer Lehr list from the PTTM PDF in Surrounded.  Even though Ken said he was a relatively new player, he pushed his armored infantry and Panzers like a pro. Looking back I could have probably deployed a little better, but Surrounded is a mission that takes practice to figure out.  5-2 for Ken, as he was able to secure an objective with massed force.

All of my opponents were new to me, even though we've attended several events together and they were all great.  Thanks all.  Oh, I did win Best Painted and got the new Atlantik Wall book, looking forward to building some Buete StuGs! 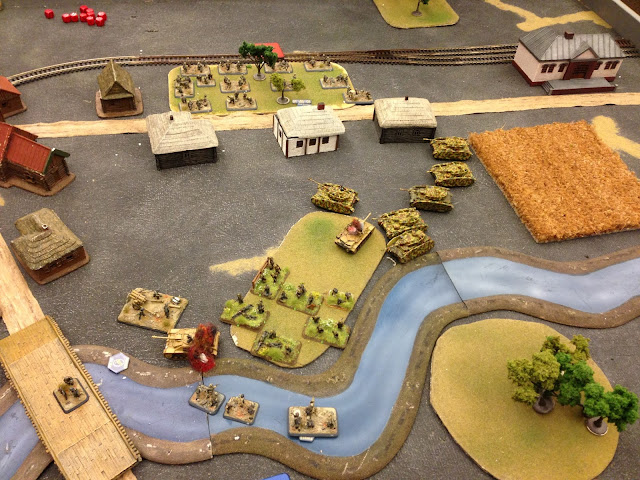 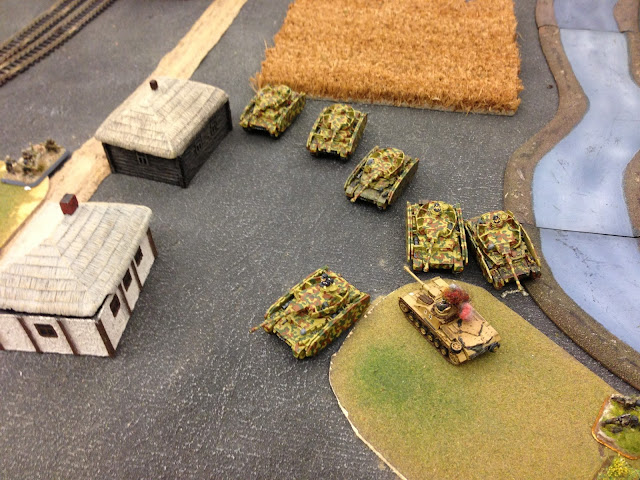 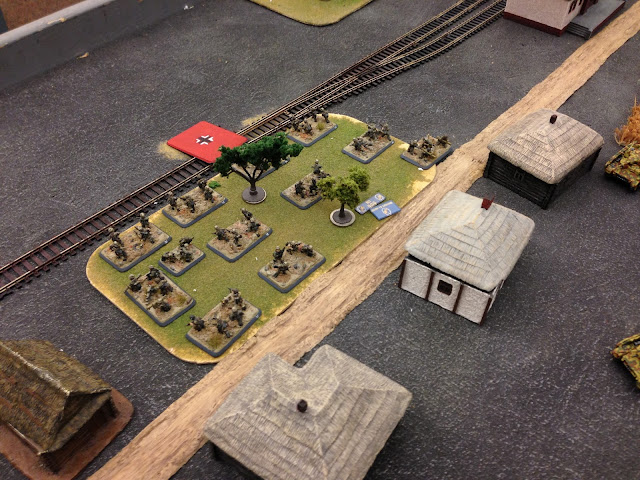 Posted by Richard Barnes at 12:57 PM No comments: